Comments: Practice was really good. Car was tick free during 1st practice and tad tight on 2nd practice when Rob laid down quickest lap of the day for all SK’s – it’s been a while since that has happened. Track still seems to have lost grip since last year as we would normally see lap times into the 14.1’s and 14.2’s by now. 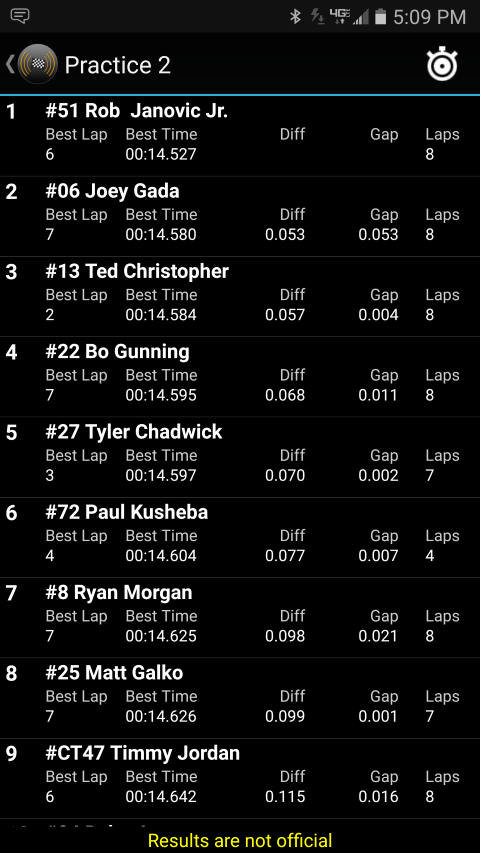 Heat race was a challenge starting outside pole since there is no outside groove yet. Rob got an opening to fall into and we were content to finish in 4th as the car shifted back to loose in/out. 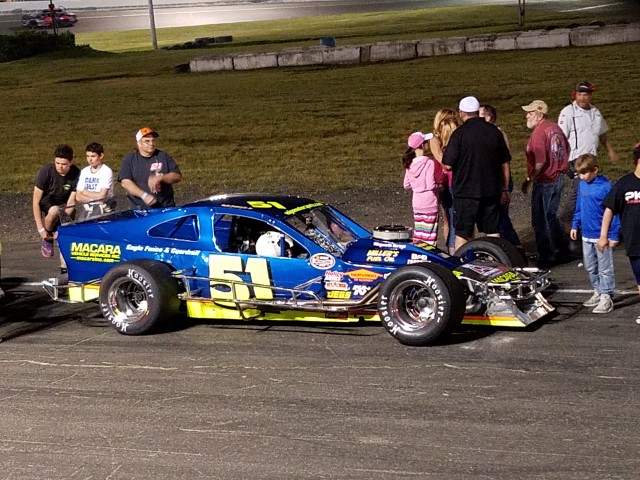