Comments: Practice was really good. We definitely found something with the changes we made mid-week. Car was 4th quickest and we were on 2 new tires. Heat race may be a challenge as Frank in the 98 (starting outside pole) said he may not get up to speed quickly being on stickers. We’ll see and take what we can.

Heat race was bad as the 47 hip checked the 98 on the initial start and that set the tone as Rob had no where to go except backwards. The inside row was lined up nose to take and the 2 cars that started behind Rob dropped down and Rob finally had an opening to drop down to the inside row when we were last. There was no outside groove what so ever. Car pushed on corner entry and was free off. At first we were thinking that our choice to use old tires was root cause, but then in heat 3, we watched 27 and 88 both go backwards on new tires. Only thing better this week than last week’s heat DNF is we don’t have a wrecked race car. We have to start 20th so we’ll be focused on watching trouble up front and pick cars off 1 at a time. 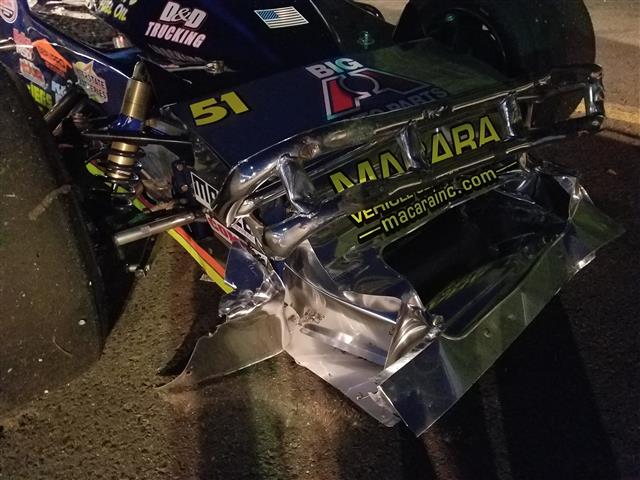