Comments: Nice weather for late October. Finale race is a 75 lap event with a $5,000 purse for the winner. Adding to the excitement is the fact that Al Stone who’s multi-time Sportsman division champion and point leader going into next week’s event, he’ll be running our 2nd car.

Practice rounds were pretty good and the car was stable. Al’s car was a tick tight and we’ll address that for the heat race. Rob’s heat race was a little frustrating as the 2nd place car who was the 81 of Owen was completely sideways in the middle of the turns and then he dropped down the track repeatedly closing the door on an inside pass. Late in the race, a charging Ryan Preece was able to make an outside pass when Rob was being conservative with the pressure on the 81.  Al Stone almost won his consi race if it were not for being pinched into the back chute wall by the leader. 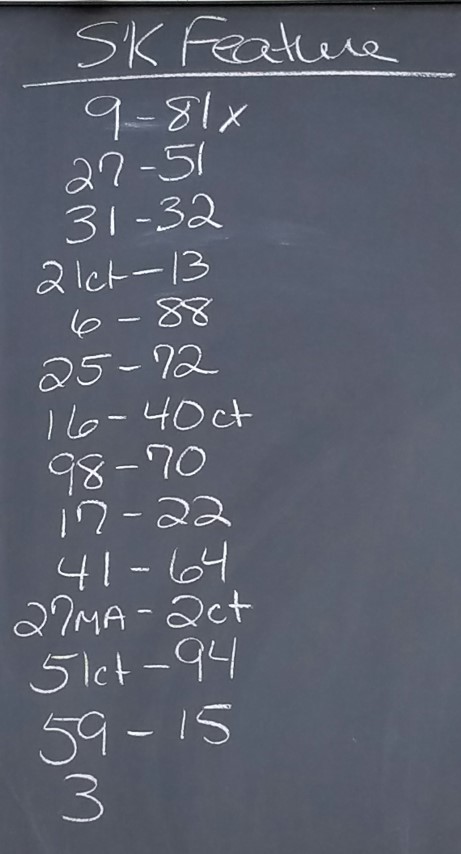 Feature started out well and Rob was holding his own. Rob got up to 2nd. As the laps came off the board, we learned the car was tight into the corners and that’s not good. As the race wore on, we decided to pit out of 4th place with 33 laps to go to adjust the handling thinking we’d be able to come up from the rear. A wreck came bringing out a red flag (31 went hard into the turn 4 wall taking out the pit gate) and the raced got red checkered with 14 laps to go. The officials reverted a lap for the finishing order (we were 9th at the time) but we were put back to 12th and were moving forward and could have gotten a top 5. Oh well.